আন্তর্জাতিক
Tibet: The forbidden country
Ridmik News
২৫/১/২০২৩ ৯:১৪:৪১ AM
Although Tibet is actually called a country, it is not actually a country. Although most Tibetans consider themselves independent, the region is still largely part of China. But what is it about this country that makes it so mysterious? Lhasa, the capital of Tibet, is called the Forbidden City of the World. But why? Today we will know about this mysterious state. 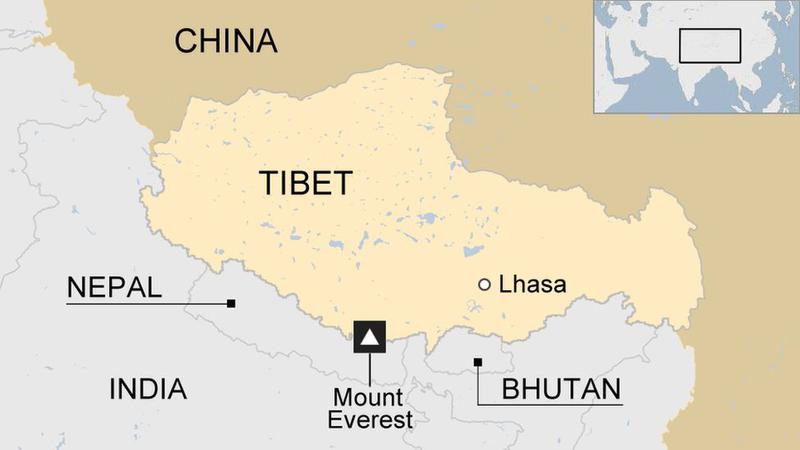 Image Source: Internet
Geographical location
Tibet is an autonomous region of People's China. The average elevation of the Tibetan Plateau is about 16,000 feet. This region is also called the roof of the earth. Located at the foothills of the Himalayas, this country has an area of 12,28,400 sq km, which is about 9 times larger than Bangladesh. Despite its huge size, the population of the country is very small. 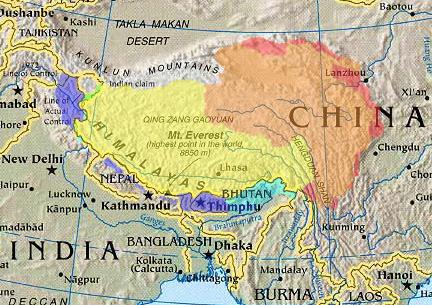 Image Source: Internet
The population of this region is very low due to the adverse climate and mountainous and remote terrain. Currently, the total population is around 75 lakhs. There is no occupation here except animal husbandry. The literacy rate is very low. The standard of living is also very low. The Tibet Autonomous Region is located on the Tibetan Plateau, the highest point in the world. Mount Everest is located on the Tibetan border with Nepal. 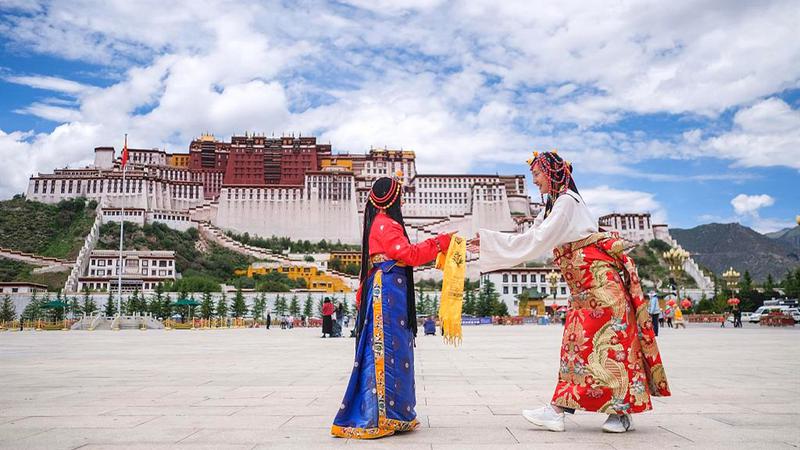 Image Source: Internet
Tibet is also called the Reservoir of the Earth. Because many rivers and streams flow from Tibet. Several of these rivers have crossed thousands of kilometers and entered Bangladesh. Tibet is often used as a geographical tool of China. In 1950, the People's Republic of China decided to make Tibet a permanent part. And as a result of this, the once-independent Tibet became part of China. On the one hand, Tibet is supplying China with natural resources, on the other hand, Tibet's border is putting pressure on India.
Why is Tibet a forbidden country?
Which country is banned in the world? If asked such a question, you will surely speak in Tibetan. But do you know why Tibet is banned? The secret behind this prohibition is unknown to many. Why is Tibet called the forbidden country? What is the shape of Tibet covered in the midst of dark mystery? Tibet is a self-governing region established in 1912 by the 13th Dalai Lama. Located in Central Asia, this region is home to the Tibetan people. Although this region is called part of China, most of the Tibetan people here are not willing to accept this region as part of China. There is controversy about this. In 1959, the Tibetan independence movement against the People's Republic of China failed. Then many Tibetans under the leadership of Dalai Lama started living in Dharamshala in Himachal Pradesh with the shelter of the Indian government. An independent Tibetan government-in-exile was established there. 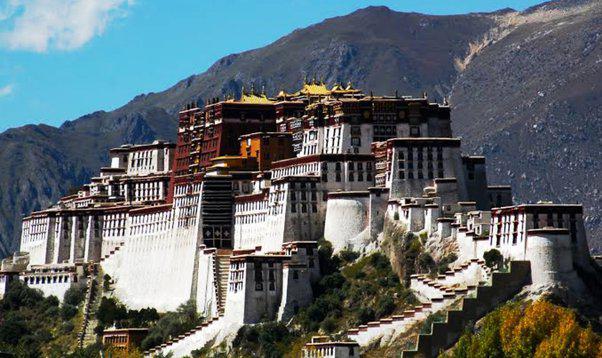 Image Source: Internet
But the secret behind Tibet's taboo is its remote and mountainous terrain. The distance of Tibet from Earth is more than Mars. Most of the world's people, journalists, or cameras were not able to reach Tibet until the 20th century. That is why Tibet has remained hidden from the public eye for hundreds of years. Entry to this forbidden city was once prohibited. This is why Tibet gradually became a forbidden city. The Gobi Desert has located just 100 km from the capital of Tibet, Lhasa. The harsh and harsh environment of the desert discourages people from coming to these areas. The land of Tibet is covered with snow for about eight months of the year. There are many myths and legends surrounding Tibet since ancient times. Lhasa, the capital of Tibet, has long been known as the 'Forbidden City' worldwide. Therefore, its nature and remote environment are largely responsible for the mystery of Tibet. Because most of Tibet is over 16,000 feet above sea level, living there is more difficult than anywhere else in the world. Since no one from the outside world is allowed to enter the country, this region has long been known as a mysterious world to all. The whole world was eager to see what was in Lhasa. The population, the city, the port, and the buildings of Lhasa were all a mystery to everyone. There was a famous palace called 'Potala' in Lhasa city. This palace was first seen by the outside world in 1904. At that time, the picture of this famous building was printed in the famous National Geographic magazine of America.
The appearance of the Dalai Lama
The Dalai Lama of Tibet lived in the mysterious Potala Palace. The Dalai Lama appeared in 1391. Dalai Lama refers to the supreme spiritual leader of Tibet. Buddhist monks are called lamas in Tibet. Originally the word 'Lama' means 'Principal', and the word 'Dalai' means 'Ocean of Knowledge'. That is, the meaning of the word 'Dalai Lama' is 'The Lord of the Ocean of Knowledge'. There are numerous mountains and caves scattered all over Tibet. Buddhist priest lamas live in those mountain caves. There is no end to the mystery and speculation about the caves of Tibet. Tibet or Lhasa has not been accessible to people for a long time, due to the remote environment, strictness of lamas, and tourist ban, Tibet is like an unknown world isolated from the world. 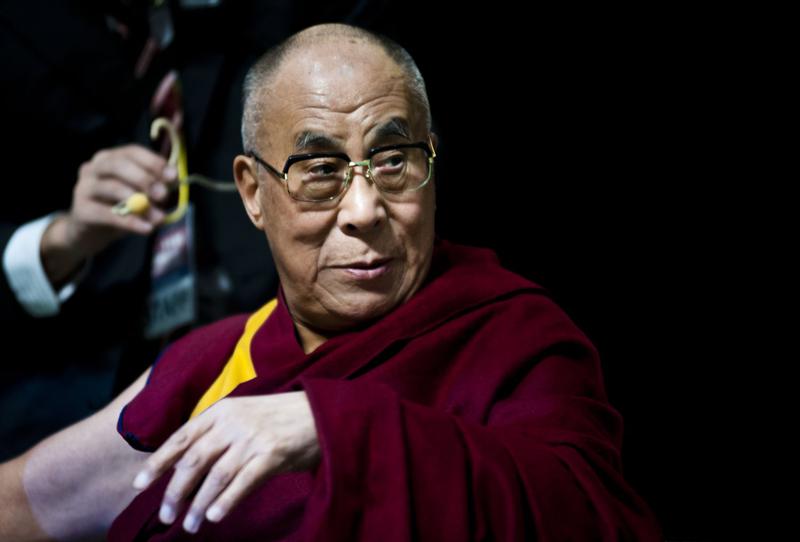 Image Source: Internet
Emperor Sagen Po is the founder of Lhasa, the capital of Tibet. In 641 AD, the emperor filled a large reservoir and established palaces and temples. Inside various temples in Tibet, large lamps made of gold are lit with butter. There is also said to be a lamp weighing 4,000 short. Religion occupies an important place as Tibetans are very religious. Since the 13th century, they have respected the lama the most. Tibetans believe that the Dalai Lama is an incarnation of Buddha. They believe that whenever someone is anointed as Dalai Lama, the spirit of Lord Buddha appears in him. The process of selecting the Dalai Lama is also quite mysterious and exciting. Tibetans have a unique way of electing the Dalai Lama or leader. In Tibetan tradition, one's body is not cremated immediately after death. Their strong belief is that even after death the soul roams the mundane realm. And until the soul leaves the worldly realm, they keep the body in their house. 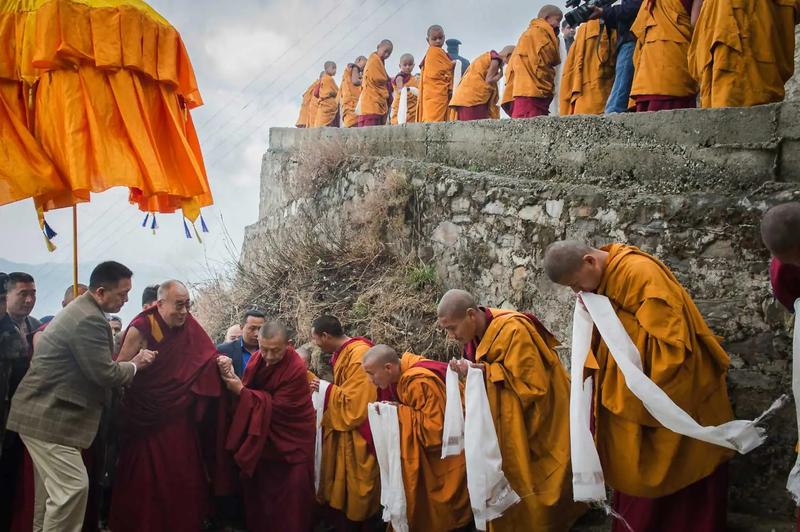 Image Source: Internet
When a lama dies, the lamas sit on the shore of a lake east of Lhasa to meditate. In meditation, the Lama saw the reflection of a cave floating on the clear water of the lake, with a small house beside it. The Grand Lama will paint the picture of the new Dalai Lama through his miraculous experience. Then some lamas divided into small groups and went to different parts of Tibet in search of the child avatar. They went from house to house in Tibet trying to find the exact child in that picture. And this is how the new Dalai Lama is found.
The current state of Tibet
At present, the total population of Tibet is about 75 lakhs. The sole occupation of this vast population is grazing in the desert. Even if they lack education and work skills, they have no concessions in religion. In this century, all the strange customs of the centuries are followed. The chants of the priests echo on the walls of the mysterious caves, and masterful thangs (Patchitra) are painted on the canvas by skillful hands, one by one, by monk painters wrapped in ocher robes. Ordinary people want to go back to nomadism, to the primitive profession of animal husbandry. Also, Tibet is still a forbidden country in the world. Even today this country is surrounded by various strange rules and regulations. 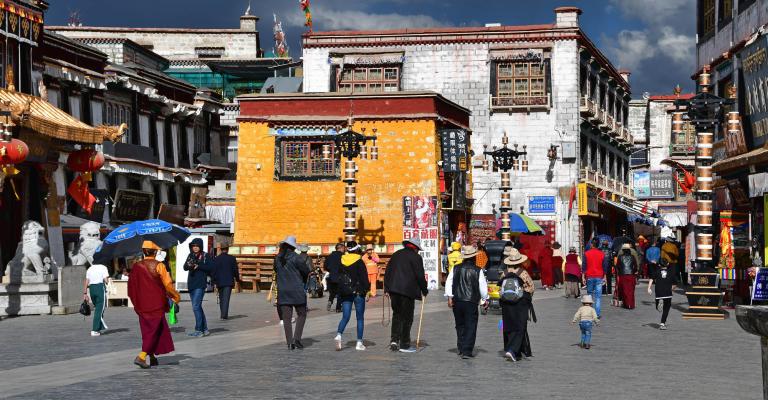 Image Source: Internet
The biggest mystery of this region is the capital 'Lhasa', which is called the 'Forbidden City'. There are many reasons behind calling it the forbidden city. The word Lhasa means 'place of God'. Religion occupies an important place in Tibetan life. And this city is in the center of religious or spiritual places. The Potala Palace in Lhasa is also home to the Dalai Lama, the head of the Tibetan priesthood. It is heard that the top of this palace is made of gold. But now there are no obstacles in the movement of people in this mysterious country. Travel to almost all areas of Tibet is possible except for certain places with permission from the Chinese government. There are also different customs in that case. Some strange customs and rules have to be followed. Snow-covered Tibet is full of natural beauty. On one side you will see snowy peaks and on the other side, you will see silent or waking streams flowing in the distance. Maybe you will get lost in the river drifting there. Lhasa, the capital of Tibet, has an average temperature of 30 degrees Celsius to -19 degrees Celsius. So if you can't adapt there, it will be a difficult thing to survive. To visit Tibet, you need to obtain a visa from the Chinese embassy or high commissioner first. As far as I know, the process is not too complicated.
আন্তর্জাতিকইংলিশ আর্টিকেল
আরো পড়ুন
ফের সোমালিল্যান্ডে যুদ্ধ, নিহত ৩৮
২ ঘন্টা আগে
ভারতে ২ কিলোমিটার রেললাইন চুরি!
৩ ঘন্টা আগে
তুরস্কে ভয়াবহ ভূমিকম্পে ৫৫ ফিলিস্তিনির মৃত্যু
৬ ঘন্টা আগে
তুরস্কে ১০ হাজার ভ্রাম্যমাণ বাড়ি, ফিল্ড হাসপাতাল পাঠাচ্ছে কাতার
৮ ঘন্টা আগে